As an Amazon Associate I earn from qualifying purchases. Please see my Privacy Policy for more details. 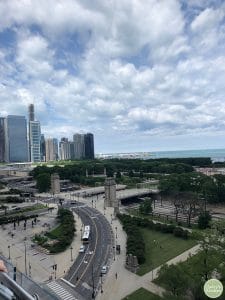 As 2019 comes to a close, I’m looking back on some highlights from the year – both on the blog and in my own personal life.

I celebrated 10 years of blogging 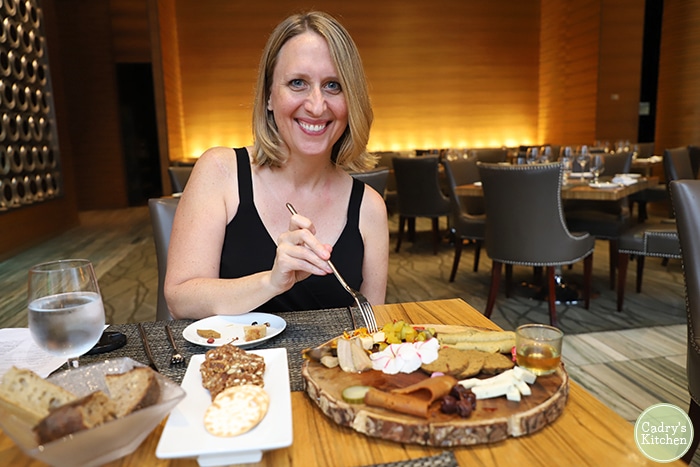 I started my blog, Cadry’s Kitchen, in the late spring of 2009. That means that this year I celebrated ten years of blogging.

When I started my blog, it was a fun hobby & creative outlet. Over the years, it became my own small business. I can hardly imagine what my life would look like without recipe creation, food styling & photos, editing, and writing.

Even after all of these years, it’s still a thrill to see people making my recipes, leaving reviews here on the blog, or seeing their pictures on Instagram and Pinterest.

This year, I was also featured on NBC News, Huffington Post, and Mashable.

In 2019, I published 125 posts on the blog. Around 50 of them were new recipes & articles. The rest were updated blog posts from previous years.

With a decade’s worth of posts, there are many that current readers haven’t seen. So it’s a good excuse to shoot new photographs, answer questions that I hadn’t covered previously, and make sure the recipe is as good as it can be.

In 2020, I plan on updating more posts, so that no matter what recipe you click on, you always get the most up to date information and prettiest pictures possible.

To see some of my most loved recipes of 2019, check out this post on my favorite vegan recipes!

I started playing the piano 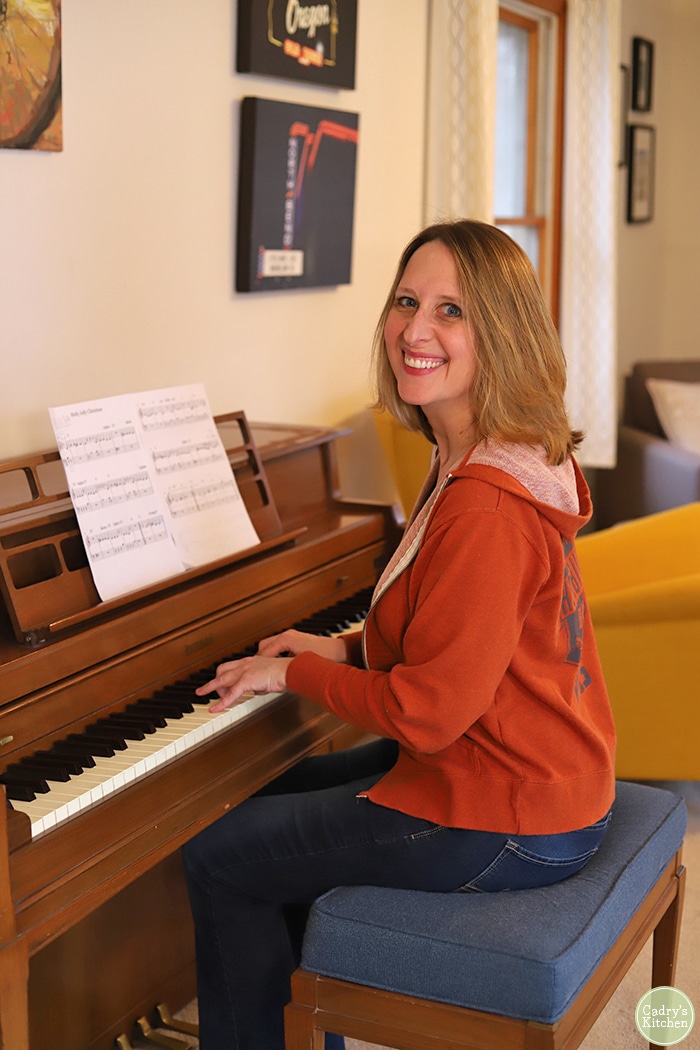 This year, I started playing the piano.

The only instrument I’d ever played before was the snare drum for a semester in fourth grade. Otherwise, I mostly did swing choir, musicals, and flag twirling with the band. So this was all new territory for me.

Some extended family members were upgrading their piano. And they were looking to give their old piano a new home. So David and I suddenly found ourselves with a piano. We both decided to start taking lessons.

I have been enjoying it so much!

My big goal when I started in September was that I wanted to be able to play Christmas music.

A couple weeks ago, David and I played a duet at the mall of Holly Jolly Christmas with our piano teacher’s other students. (The next oldest student was junior high age. Haha!) I’ve also been playing simple versions of Jingle Bells, The First Noel, and O’ Come All Ye Faithful.

I’m really amazed at how doable learning piano has been. Obviously I’m still very much a beginner, and I have a lot to learn. But it’s been satisfying seeing how with practice I improve every week.

Playing the piano is really refreshing, because it’s just for me. I’m not trying to make money with it or fill a concert hall. It’s just for my own pleasure.

2019 was our first full year with Cally 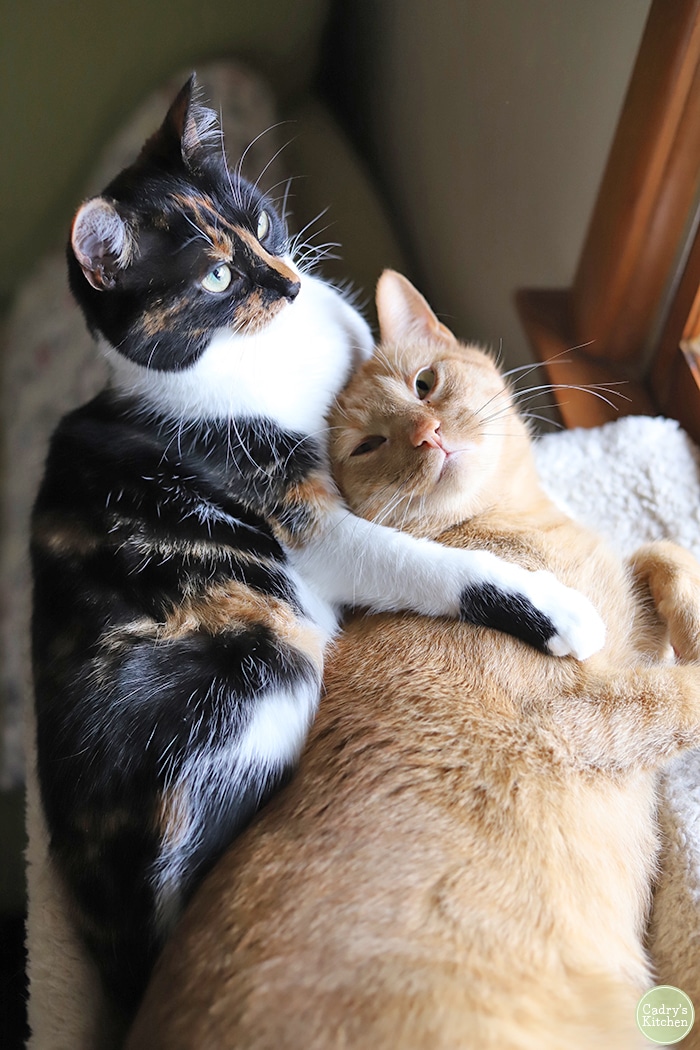 We adopted Cally in December of 2018. So this was our first full year as a family.

Cally and Avon are so sweet together – chasing each other through the house, taking turns on who is “it.”

Their favorite game is to hide around the corner from the other one. Then they pounce to surprise each other. They find it endlessly entertaining. David and I do too.

Then when they’re tired, they cuddle in front of a heater or windowsill, grooming each other in the warmth.

Avon has really calmed this year. Having a younger cat in the house shines a light on how he has mellowed. There are times now when Cally is running feverishly through the house, and Avon is passed out on my lap. He’ll look at her as if to say, “What are you DOING? Can’t you see I’m trying to sleep?”

It’s funny to imagine how he was a Tasmanian devil just a couple years ago.

Avon became a star of the big screen 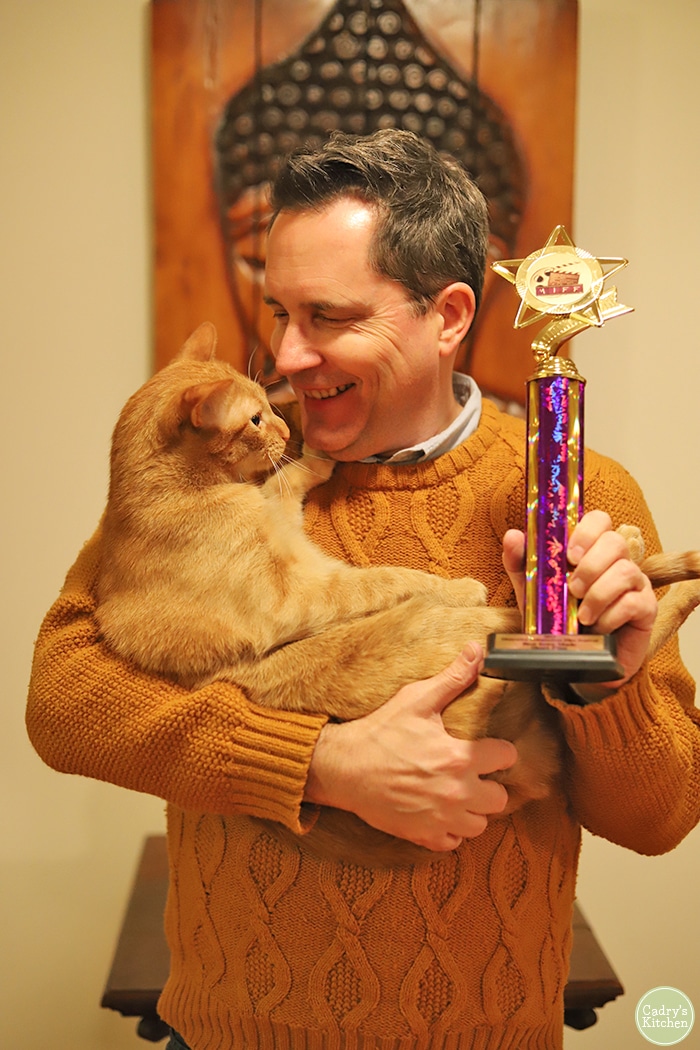 David wrote a short film in 2018 called Blake. It’s about a man and his cat. In the movie, the man was able to spend one more week with his beloved cat, who had passed away.

David played the man in the film, Avon was the titular role of Blake, and I had a small role as the cat sitter. 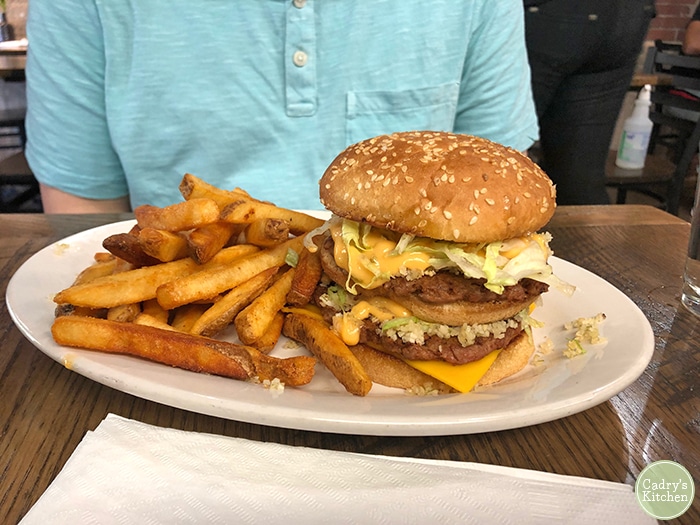 In the late spring, we explored the Detroit vegan options.

David is still talking about the vegan Big Mac he had at Chili Mustard Onions. And I’d love to circle back for more of the collard greens at Detroit Soul.

While traveling through the area, we took a trip across the river to Windsor Ontario Canada for donuts, poutine, and a vegan reuben. 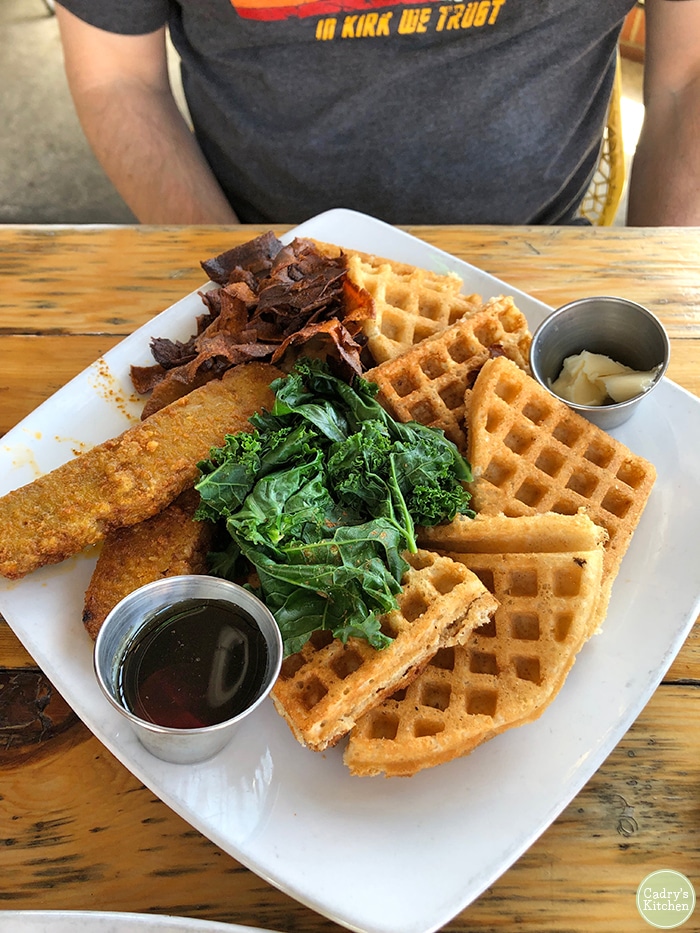 We enjoyed a brunch at the Detroit Street Filling Station in Ann Arbor, Michigan.

We only got to spend a few hours in Ann Arbor. I’d love to get back there next year for a longer weekend. It’s such a cute small town.

Early in the summer, I went to Chicago for a blogging conference. I got to spend several days with some blogging buddies, who I usually only get to chat with online.

I didn’t get to do as much dining out as usual, but we did sneak in visits to Chicago Diner and No Bones Beach Club. I could go for their mac & cheese balls right about now! 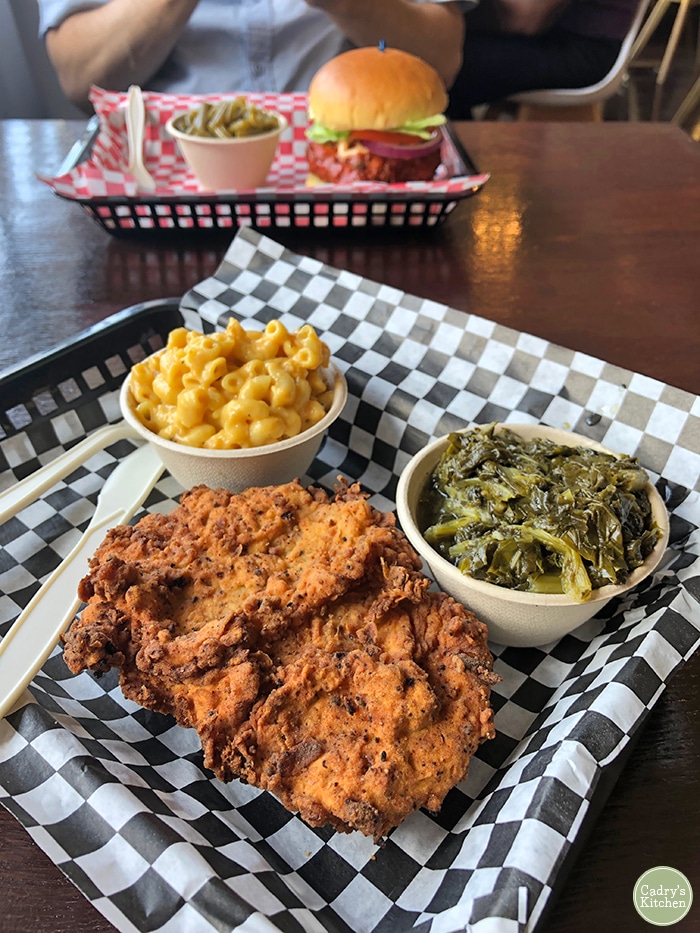 For my birthday, we explored the Nashville vegan scene.

Our first stop of the trip was at Southern V. I imagine that will be my first stop in Nashville for every trip there in the foreseeable future.

Minneapolis is one of my favorite road-trip destinations. It has big city amenities with many of the pleasures of a smaller town.

So we spent a few days there too – noshing on a fancy charcuterie board at Loews Minneapolis Hotel, having a swanky dinner at Fig + Farro, shopping in Uptown Minneapolis, and of course, making a couple stops at J. Selby’s in Saint Paul.

One of my goals for Cadry’s Kitchen is to show that vegan food can be found anywhere – even in small towns. So in 2019, I also highlighted vegan options in:

Thank you for reading along in 2019. I treasure every comment – whether it’s here on the blog, Instagram, or Facebook. It means a lot to connect with you. It makes the world a smaller place knowing you are out there.

Cadry's Kitchen is a vegan food & travel blog. It features plant-based comfort food classics that are ready in about 30 minutes.

You can also find travelogues & recommendations on where to eat vegan while traveling - even in unlikely places! 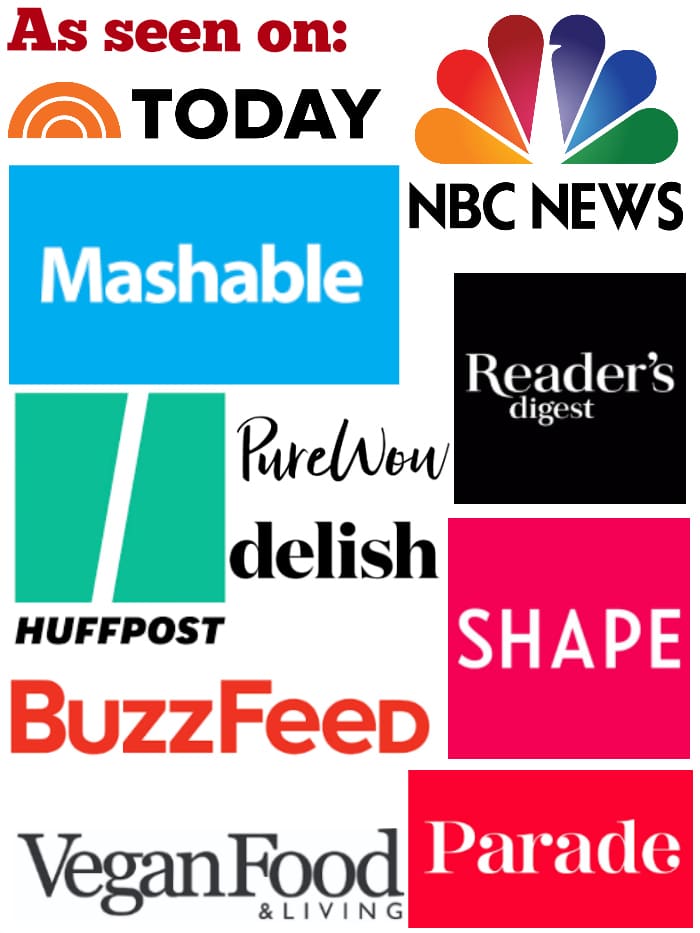 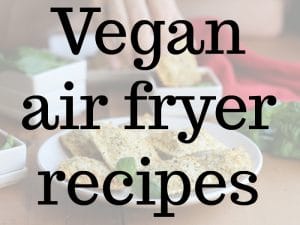 © Cadry Nelson and Cadry's Kitchen, 2009-2019. The full content of this site, including recipes and photographs are copyrighted. Unauthorized use and/or duplication of this material without express and written permission from this blog’s author and/or owner is strictly prohibited. Links may be used, provided that full and clear credit is given to Cadry Nelson and Cadry's Kitchen with appropriate and specific direction to the original content.